After a week of incredibly hot weather here in South Carolina, Saturday brought a blessed drop in both the temperature and humidity—a foretaste of autumn.  My girlfriend and I spent Saturday weeding my disgracefully overgrown flower beds, which were mostly weeds strangling the life out of everything but the hardiest of perennials (and my robust banana trees).  We then did some new plantings (with a few more to put in, as well as some mulch).  The results were pretty good: 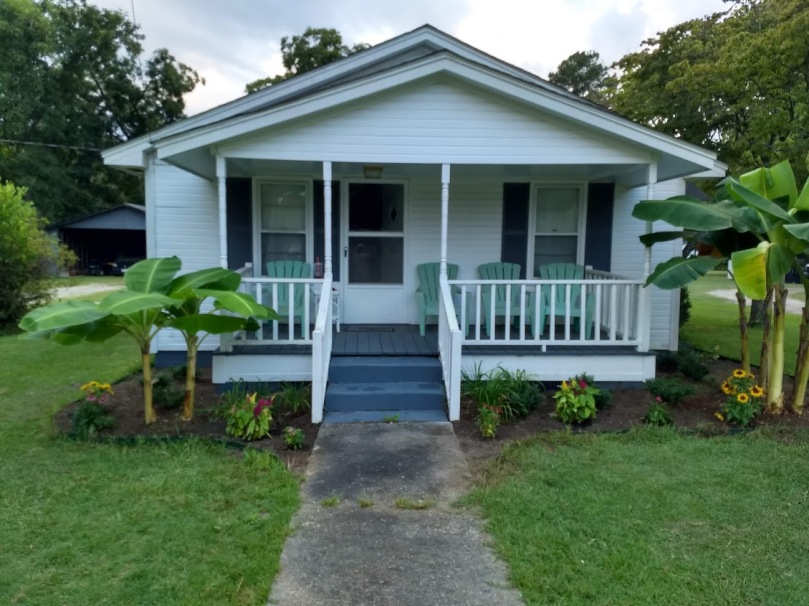 It felt good to get our hands (and clothes, and faces) dirty, digging through the dirt and nurturing plant life.  My mother is an expert gardener, so I’ve picked up a few simple techniques from her; otherwise, we just bought flowers we liked and plopped ’em in with some in-ground bedding soil and a some water.  Fingers crossed that everything survives.

My mind has been on the soil lately, and our connection to it.  I have a fondness—perhaps a tad romantic—for country life.  With current trends in the cities—rising home prices, rising property taxes, and rising urban violence—country life seems like an attractive, even inevitable, alternative.

As such, I thought I’d dedicate this week’s Lazy Sunday to some pieces about rural America:

That’s it for this week.  The garden is calling to me.  Time to put down some mulch!