Halloween is nearly here!  I love Halloween, so I had to dedicate this week’s TBT to last year’s Halloween post.  This Halloween is particularly fun, as I’m hosting my annual Spooktacular this Friday evening (information here).

It’s been a good Halloween season.  My girlfriend and I carved pumpkins this weekend.  It was her first time, but she carved far more elaborate ones than I did.  See for yourself: 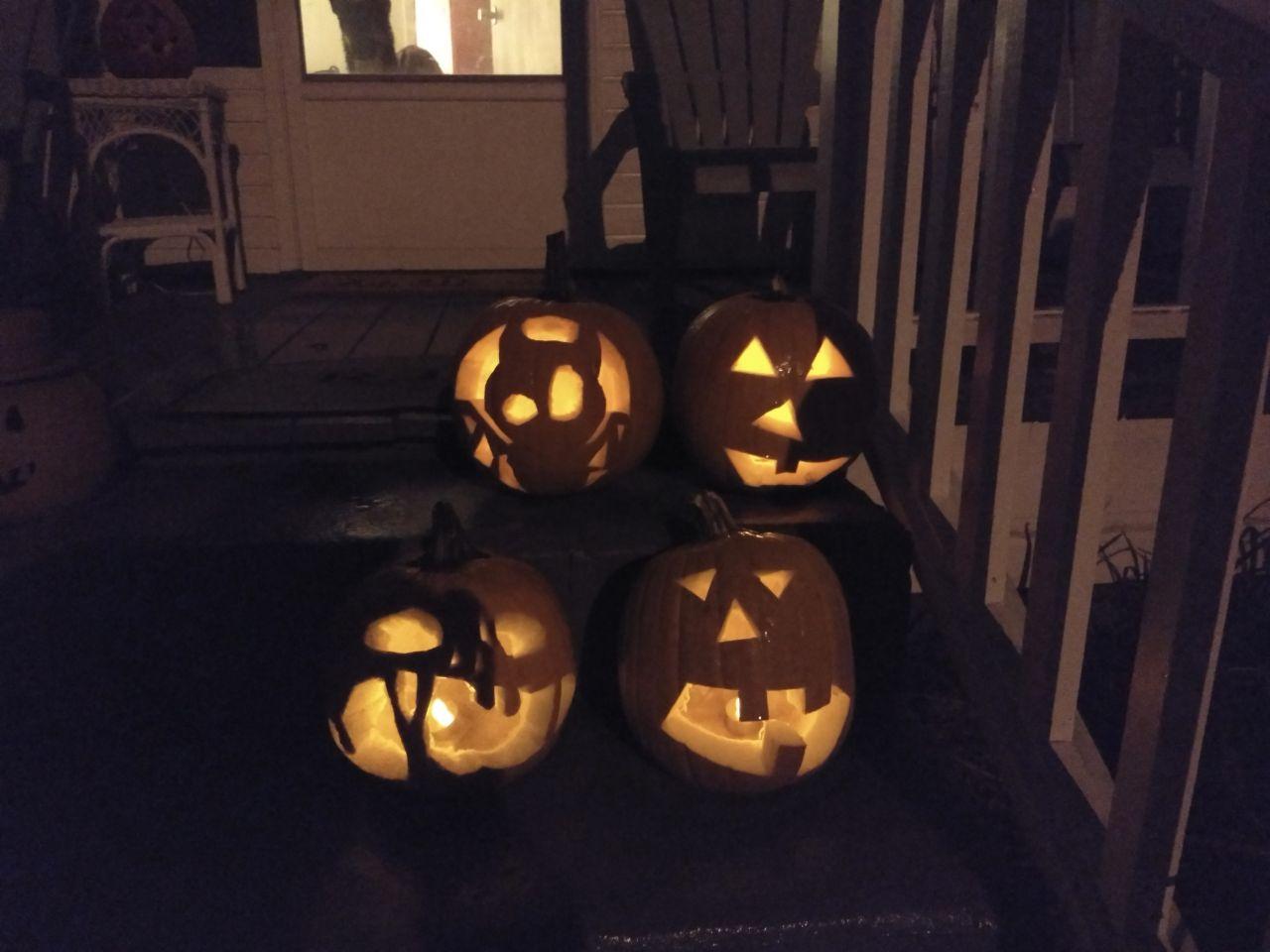 Her’s are the ones on the left—the bat and the drooling pumpkin.  Mine are on the right—the more traditional snaggle-toothed variety.  The one on the bottom right reminds me of King Kong.

We’ve also watched both Halloween and Halloween II, so we’ve pretty much checked off all the boxes.

It’s Halloween!  All the build-up, all the ghost stories, it’s finally here!

Last night I took the opportunity to carve my one of the two pumpkins I picked up earlier in the month ($4 a pop!).  He’s the cheeky little guy pictured above, and in the photo collage below (I’m getting fancy with the production values in this post). 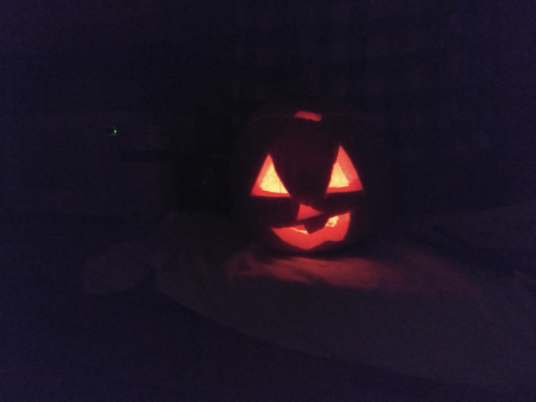 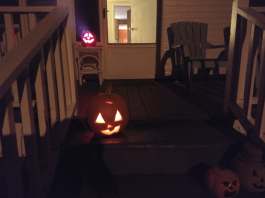 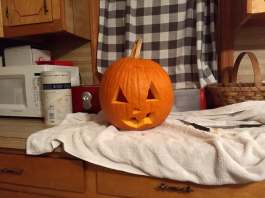 His brother was stolen off my front porch Wednesday night.  I’d just gotten in bed and switched off the lights when I heard some tires squealing.  Thinking it was one of my neighbor’s buddies hydroplaning on the wet street, I didn’t think much of it, until my neighbor began shouting for me minutes later!

I threw on a t-shirt and he and a friend reported that a big dude ran up to the porch and grabbed something.  Sure enough, one of the big fat pumpkins was gone!  Darn teenagers and their Halloween hijinks.

But I suppose that’s all part of the fun of Halloween (although I wanted to carve another one of these little guys).  Tonight I’ll get to see my little niece and nephews toddling around their neighborhood, provided it’s not raining and storming, as the forecast predicts.

As I wrote Monday, Halloween in South Carolina is always hot—and muggy.  The forecast for tomorrow calls for a high of 85 degrees, and a low of 50—talk about bipolar.  Let’s hope the lower end of that is while we’re trick-or-treating.  While I was putting out my pumpkin last night, it was decidedly un-autumnal, with thick, humid air all around.

Halloween gets a bad rap among us evangelical Christians, but its roots are deeply Christian.  My new blogger buddy NEO of Nebraska Energy Observer has a piece up today about All Saints’ Day Eve.  In it, he links to an essay by Holly Scheer at The Federalist, “Christians Used To Do Halloween Better Than Pagans.”  Scheer argues that, rather than All Saints’ Day being glommed onto the existing Celtic festival of Samhain, the tradition goes back to the early Church.  It was a way to honor martyrs for Christ.

The name and date for “All Saints’ Day” were affixed later, by Pope Gregory III, but the tradition was well-founded in Christendom.  The practice of “trick-or-treating,” which Scheer points out developed in the late Middle Ages, originated with children going door-to-door asking for food in exchange for prayers.

Like so many other things that are good and true (and fun!), traditionalists and conservative Christians have had the Truth stripped from them, instead wrapped up in a gauzy, pagan-friendly narrative.  But it wasn’t the Christians who stole Halloween; according to Scheer, it’s the other way around—a bigger myth than those non-existent razor blades in children’s apples.

Regardless, I’m thrilled to celebrate some spooky fun with the family.  Be safe out there, have fun, and Happy Halloween!

Support quality commentary on politics, education, culture, and the arts with your one-time donation.